,
23
December
2019
Related topics
News
Copy link to clipboard
The link has been copied to the clipboard
Share this Article
Print this Article 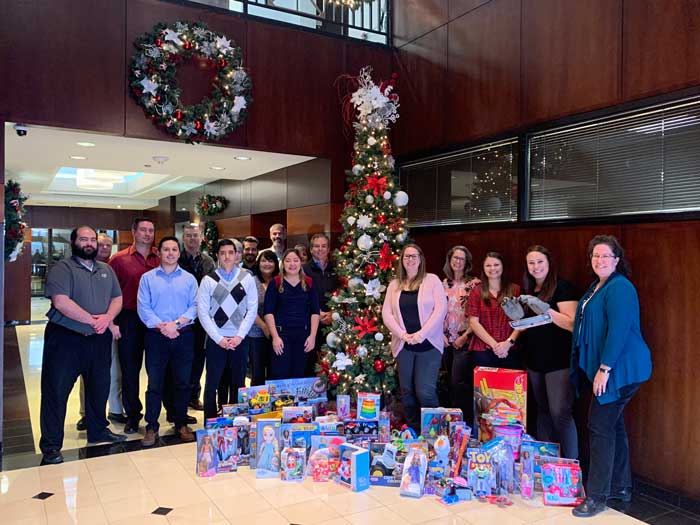 Each year, ADKF joins forces with the North San Antonio Chamber of Commerce, to collect toys for Blue Santa. This year, we collected 97 toys! Blue Santa was started in 1976. The story goes, as night fell on Christmas Eve 1976, San Antonio police officer, Tom Preston and a few of his fellow officers began what would become another warm tradition of giving in our city. Preston knew of several families who could not afford toys under their tree. That is, if they had a tree at all. With their own money, they purchased and distributed toys to underprivileged boys and girls who would not soon forget the day a police officer became their personal Santa. A few years later, as the project drew the interest of more and more officers, someone suggested that Preston dress up as Santa himself. A navy outfit was tailored, and San Antonio’s Blue Santa was born. ADKF is proud to be a part of this tradition and thanks everyone who donated to the cause.