,
10
September
2020
Related topics
News
Our Team
Employee Spotlight
Copy link to clipboard
The link has been copied to the clipboard
Share this Article
Print this Article 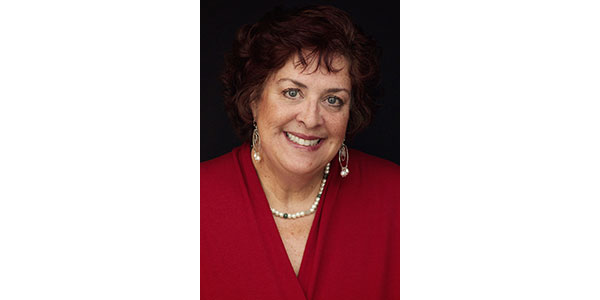 At the end of September 2020, Alexis Christensen will retire from ADKF after having worked here for just over 18 years. She began her career in a temporary capacity, to fill in for the receptionist, Sandy Landrum, who was out on maternity leave. When Sandy returned to the office, Alexis was offered a full-time position as a Billing Administrator in July of 2002. She remembers that when discussing the position, it was compared to balancing a checkbook, but quickly discovered it was a little more than that as she learned QuickBooks hands-on. She took on more responsibilities over the years and earned the title of Firm Administrator. One project included planning the annual Christmas party, and she remembers the first year where the gifts caught on fire. Another large project Alexis tackled was setting up ADKF’s two satellite offices in Boerne and New Braunfels.

Outside of ADKF, Alexis loves to travel with her husband Frank. She was born to a Canadian mother and Swiss father and has always loved to travel abroad. Her ten-year career in the Air Force with the Office of Special Investigations (OSI,) also allowed her to be stationed around the globe. She has lived in Cambridge, England; Venice, Italy; and Zurich, Switzerland; as well as Long Island, New York; Montgomery, Alabama; Nashua, New Hampshire; Monterrey, California; Washington D.C.; and finally settled here in San Antonio, Texas. Her two favorite cities to visit are New York City and London. England holds a special place in her heart, as she and Frank were stationed and married there. Also, her favorite soccer team is Manchester United. When she retires and the risk of COVID-19 is minimized, she looks forward to traveling to Las Vegas and visiting grandchildren in South Carolina.

Alexis was a critical player in the growth and expansion of ADKF which she saw grow from only twelve employees to now a staff of over eighty. She was essential in making sure the behind the scenes work was completed so that staff had the tools they needed to successfully provide service to our clients. We are glad Alexis chose to be a part of the ADKF family and we will miss her. We congratulate her on her upcoming retirement. As she said, “It’s been a good 18 years, but definitely looking forward to retirement.”

If given a chance, who would you like to be for a day?

If you had to eat one meal, every day for the rest of your life, what would it be?

What are your top three life highlights?

‍(1) Becoming a naturalized American citizen, (2) having my son Jonathan, and (3) making it to retirement.

What is your favorite book?