Back
,
,
06
December
2019
Related topics
News
Copy link to clipboard
The link has been copied to the clipboard
Share this Article
Print this Article 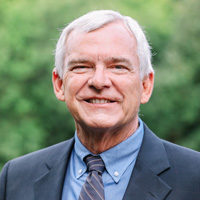 Congratulations to Tom Akin on his retirement as a Partner

This December will mark a monumental/memorable milestone for Tom Akin – he will be the first founding partner of Akin, Doherty, Klein and Feuge (ADKF) to retire.  In a sit-down conversation, he reflected over the past twenty-eight years, and what the future also holds for him.

The year was 1989, and it took Tom one week working at a local CPA’s office to realize he wanted to establish his own firm.  He had been at E&Y for thirteen years before moving to the smaller office where he worked with David Doherty. It took him some time, but by January 1991, Tom convinced David to join him and establish their own practice, and with good fortune, Howard Klein and Joe Feuge also became part of the planning – and on July 1, 1991, ADKF opened its doors.

ADKF wasn’t founded with the goal of being San Antonio’s largest locally owned CPA firm, but that is what it’s become.  Gloria Lamascus, the first employee, arrived at the office a week before opening to set up the office space – much of it was secondhand furniture. There were no growth goals, just the drive of the four men to forge their own career path and deliver quality service.  Tom described the humble beginnings as, “We were just young guys trying to make a mortgage payment.”

With the “give good service” philosophy, as Tom describes it, ADKF’s growth was natural. It was about building strong relationships within the community in the form of joining boards and volunteering with local nonprofits.

In 2004, Tom was asked to join the board of directors for Rush Enterprises. This was an exciting opportunity which he shared with a close client at the time.  The client, unfortunately, did not share the same opinion and recommended against Tom joining the board.  This was a devastating conflict and a moment of balance – how to keep a current client happy and also allow for the growth of the firm and Tom’s career.  It was a moment of unity amongst the partners where they came together and spoke with the client to support Tom and reach a resolution.  Tom still serves on the Rush Enterprise Board of Directors.

Close to Tom’s heart is Boysville. ADKF has been working with them since 1999, and Tom was key in to establishing a volunteer relationship with the nonprofit.  One of ADKF’s annual volunteer opportunities, Camp Wildebeast, is a favorite of ADKF.  He remembers helping the groundskeeping staff with decorating for Christmas. Community service is important to Tom and he sees it as an area of growth for ADKF.  “We can afford to do it,” he states, “We can afford to give back.  Every dollar I’ve made is due to this community we live in. We owe it to give back.”

Tom also reviewed how important the employees of ADKF are in its success. Over the years, he and his fellow partners have had to learn how to manage different people. He talked about identifying the staff’s needs to create a work-life balance and still provide outstanding customer service.  The best way to describe his success in developing excellent staff is from their own words and stories.

Tom’s worked hard to create a family-based culture. His role as the father-like figure to the staff creates a desire in him see them grow to their fullest potential and will help them get there.

It goes beyond current employees,

as Alexis Christensen, Firm Administrator, observed.  Tom has asked her and multiple staff throughout the years to volunteer at the San Antonio CCA Chapter’s banquet. Alexis described how once a volunteer, always a volunteer, even if the staff member no longer is working at ADKF.

Jokingly, “I think Tom expects me to still volunteer even after I retire.”

Joe Hernandez, COO and Audit Partner, reflected on how it wasn’t just staff that become his family – but it was their family as well.  In 2017, Marco Acosta suffered a stroke and a heart attack that eventually took his life.  During this rough time, Tom bent over backwards to accommodate Marco and his family. It was important to him that Marco and his family knew how important he was to ADKF and that they had support.

Courtney Gallagher, Audit Manager, remembers going to Olive Garden with him recently and sharing her career goals. It became a game-planning session of laying out what she would need to accomplish to reach this goal, all while enjoying the unlimited breadsticks. He is also someone she can go to and share what is going on in her personal life and he’ll listen.  Her son has had two surgeries this past year and he frequently checks in with her to see how his recovery is going.

is the phrase Courtney used – it is seen in his passion for his clients and his staff. Tom cares for each staff’s career growth and their personal lives. From hosting department events at his home to offering up his Bandera property to staff and their families to hunt – it’s in the small things that he does for the staff. Annette Rocha, Senior Tax Coordinator, remembers how he once took her, Sandy Landrum, and another administrative staff member to Buc-ee’s and bought their lunch because they had never been there.

It will be Tom’s quirks that will be noticed and missed.  The way he ends conversations with “10-4”; how he asks Alexis if she missed him when he was out a day; chit-chatting in Sandy Landrum’s office; taking the audit staff to his Mexican restaurant choice of the week; his former use of excel to send office memo’s; using David’s pick-up truck as a trash can for his breakfast.  This list goes on and on – there are many things about Tom that are unique and memorable.

Tom’s legacy will be based in the growth of ADKF through his passion and dedication to his clients and staff. It will be the quality of service ADKF has been founded on that will continue to serve clients, the care and support of staff to reach their full potential, and the community service provided through serving on boards, volunteering time, or donating money. His commitment and passion to ADKF knows no bounds.

What will Tom be up to when he retires? He will still be ADKF three days a week to help with transitioning clients and conducting peer reviews.  He also plans to remain on the current boards he is a part of – Rush Enterprises, Coastal Conservation Association San Antonio Chapter, and Texas CPA Society Peer Review Committee Chairman – and joining more.  He wants to remain active in the community until his wife Sarita joins him in retirement.  Most of his spare time will be spent in the hill country on his ranch or lake house doing yard work, fishing, or hunting.