Back
,
,
27
August
2019
Related topics
News
CPA Insights
Copy link to clipboard
The link has been copied to the clipboard
Share this Article
Print this Article 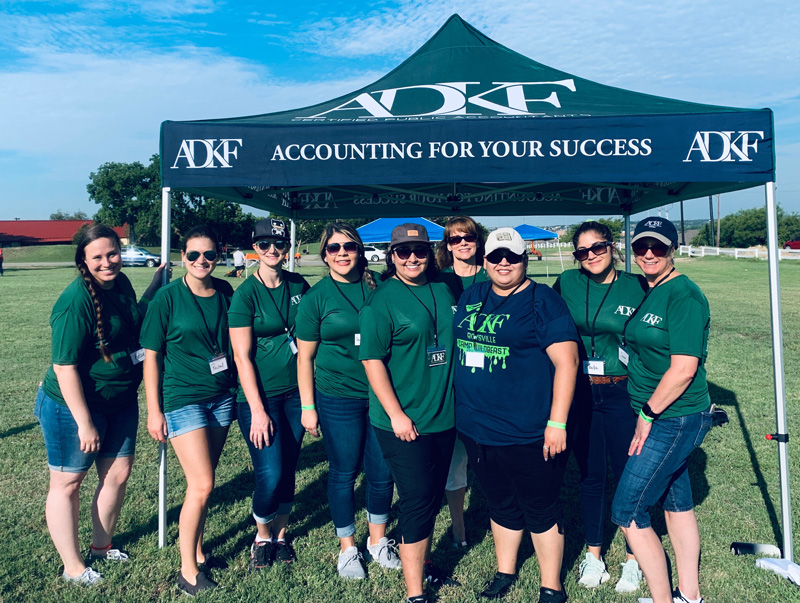 ADKF had the opportunity to volunteer for San Antonio’s CPA Society’s (SACPSAS) largest and longest-running community service event – Funlympics! For the past 36 years, the SACPAS has gathered school supplies and backpacks for children in need, provided them with a half-day of friendly competition through games and activities, ending with a cook-out.  The event is coordinated through the SACPAS and is successful because of volunteers from its 2,400-member professional association.

Various community centers and social service agencies throughout the area are invited to participate. Local community programs that participated this year include:

Funlympics, traditionally held on a Saturday, was moved to a Friday morning this summer. The change came with an increase in participation. Previous years served around 250 children, and this year the count was at 530 children plus their chaperones.  Since its inception, Funylmpics was designed to raise children’s self-esteem through fun activities and games, led by role models in the form of SACPAS member CPAs, accounting majors from local universities, and professional staff from public accounting firms and companies.

Christopher Tucker, ADKF Tax Intern, had his first taste of Funlympics this year. Working with Susan Valdez, ADKF Audit Partner, they manned the hula hoop contest booth and challenged the kids to see who could go the longest. He was amazed at how long some of the kids were able to keep it up. Susan mentioned that they had to implement time limits, such as singing their ABC’s, so that all the kids had an opportunity to try hula hooping.

Going on three years of volunteering at Funlympics, Melanie Gamez, ADKF Audit Senior, observed just how important this event is to the community. “I feel like we are showing these kids that someone cares, and hopefully when they have the opportunity to help others they will pass it forward.”

Interested in donating or volunteering next year at Funlympics? Follow the link below to SACPAS Funlympics page…