Back
,
,
04
October
2019
Related topics
News
Our Team
Copy link to clipboard
The link has been copied to the clipboard
Share this Article
Print this Article 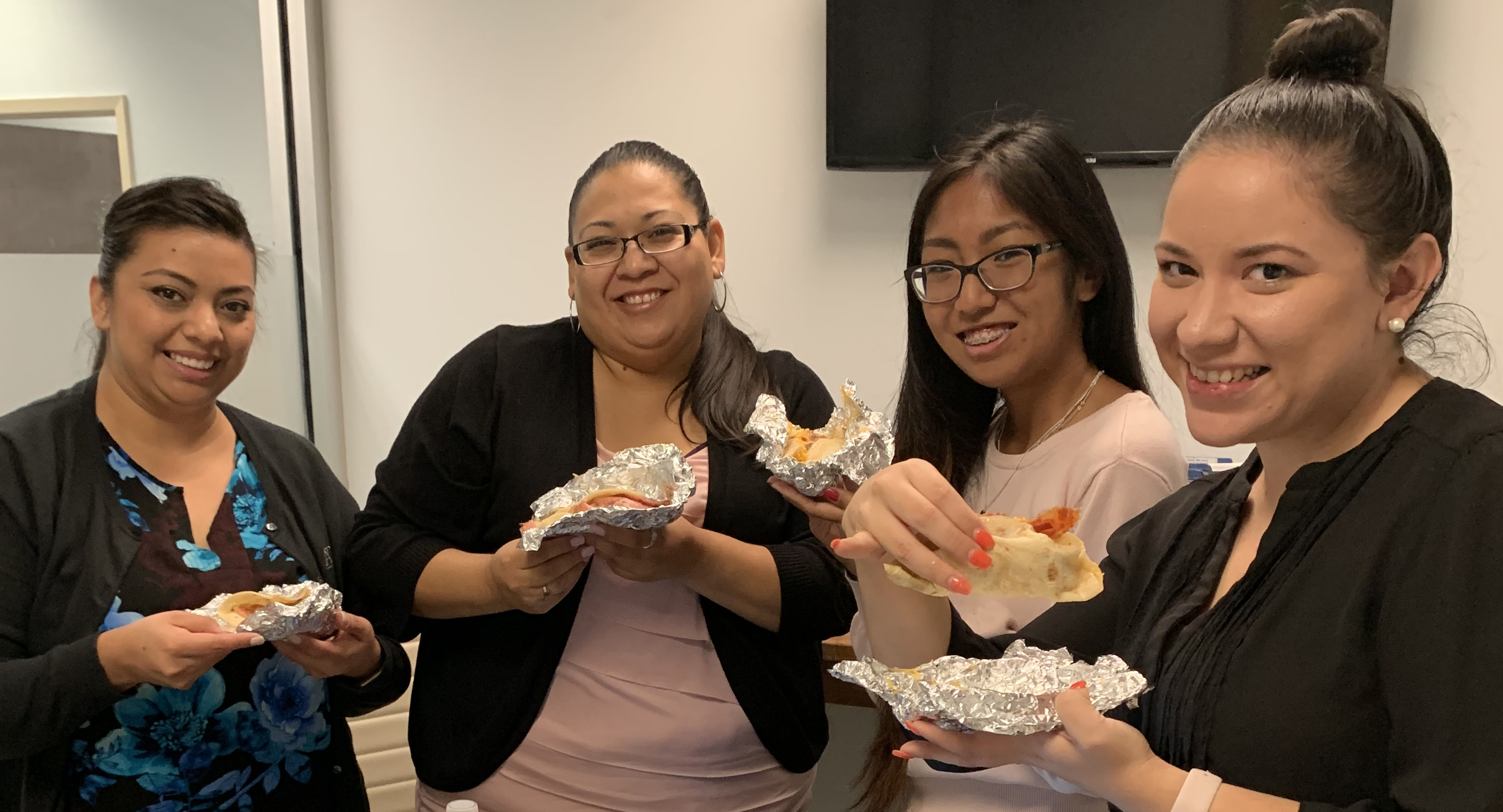 It’s National Taco Day! ADKF auditors are celebrating by fueling up on lots of tacos to get them through the last day of the week. With so many amazing taco options in our beloved San Antonio, we had trouble choosing. We hope everyone celebrates with us! Here’s some taco history.

For a dish so widely available, the history of the taco is really unknown. But according to taco expert Jeffrey M. Pilcher, the word originates from the silver mines in Mexico in the 18th century, when taco referred to the little explosives workers used to extract the ore.

These were pieces of paper wrapped around gunpowder and placed into holes carved in the rock. “When you think about it, a chicken taquito with a good hot sauce is really a lot like a stick of dynamite,” says Pilcher in an online article at Smithsonian.com. “The first references [to the taco] in any sort of archive or dictionary come from the end of the 19th century. And one of the first types of tacos described is called tacos de minero—miner’s tacos. So the taco is not necessarily this age-old cultural expression; it’s not a food that goes back to time immemorial.”

Still, others claim tacos predate the arrival of the Spanish in Mexico in the 16th century. Anthropologists say there is evidence suggesting inhabitants of the lake region of the Valley of Mexico ate tacos filled with small fish. The fish were replaced by small live insects and ants in the states of Morelos and Guerrero, while locusts and snails were favorite fillings in Puebla and Oaxaca.

Taco Bell is believed to have pushed the widespread popularity of Mexican food in the U.S. Founded in California in 1962, the chain of fast-food restaurants serves up a variety of Tex-Mex foods to more than two billion customers in 5,800 restaurants in the U.S. alone.

The hard-shell taco was invented long before Taco Bell, a discovery that would aid their expansion across North America. The U-shaped version is first noted in 1949 in a cookbook by Fabiola Cabeza de Vaca Gilbert. A device that would hold the taco in its U-shape as it deep fried helped in the mass production of this product. Kits are now available everywhere.