,
15
April
2019
Related topics
News
In The Community
Copy link to clipboard
The link has been copied to the clipboard
Share this Article
Print this Article 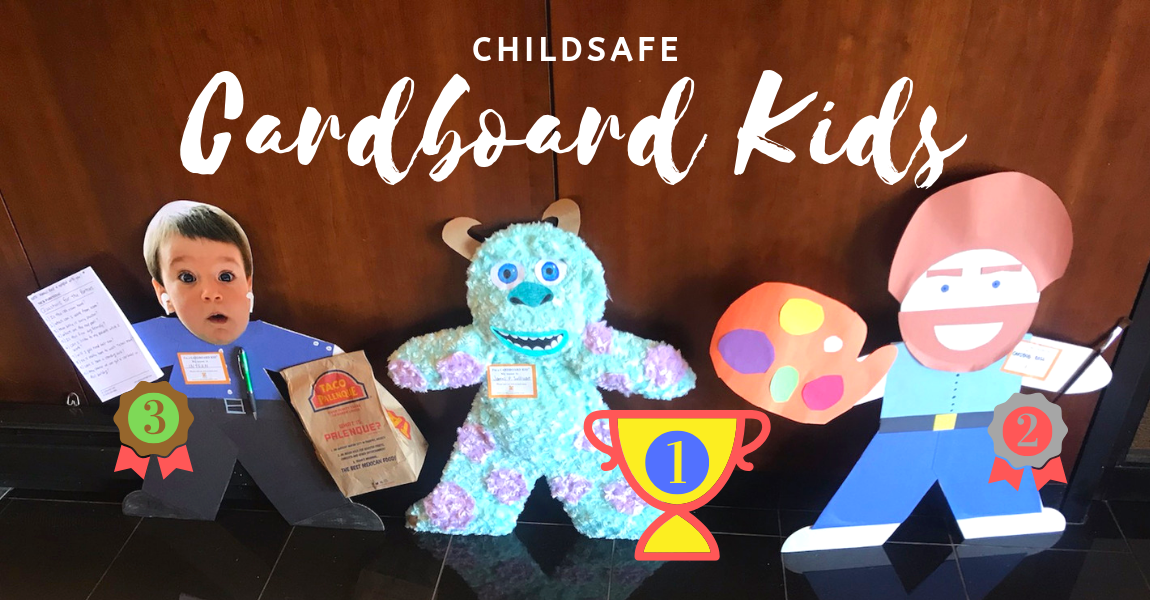 Several staff members enjoyed taking a much-needed break over the weekend to brainstorm a group theme and individual themes for this year’s ADKF contest. We had the leading cast from Monster’s Inc. and a group who did Cat In The Hat with Things 1 and 2, two versions of Micky Mouse, two Hawaiian inspired kids, superheroes, Pikachu, the Easter Bunny, and a Minion. Another team favorite was Houston Rockets player James Harden with Spurs player Manu Ginobili stealing the ball. The staff created a total of 33 Cardboard Kids for the campaign.

On the back of all of our Cardboard Kids is a message from ChildSafe, “Hi, I’m a Cardboard Kid. I represent one of thousands of abused and neglected children in our community. Take my picture, share my location and spread the word by posting on social media. Do not forget to use #CardboardKidsSA.” ChildSafe’s mission is to restore dignity, hope, and trust to children traumatized by abuse and neglect.”